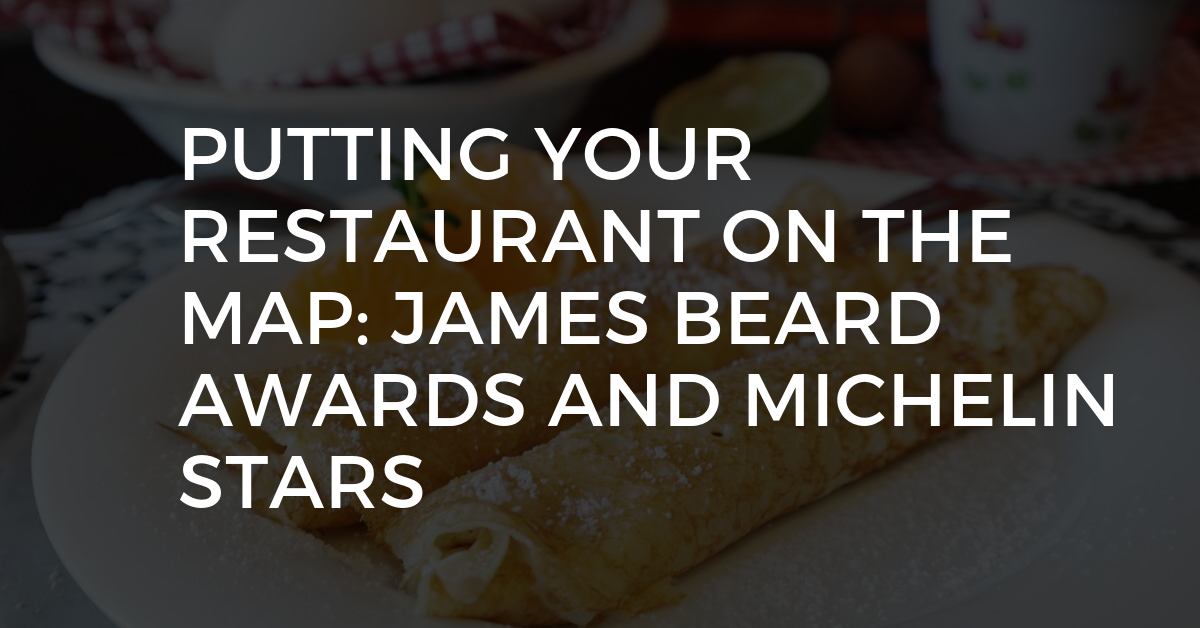 Winning a James Beard Award or receiving a Michelin Star is a tremendous task and prestigious accomplishment. Such an accomplishment can instantly motivate employees while opening new doors to increase restaurant sales.

Receiving these accolades is a professional triumph, whose benefits extend further than a kitchen sink or bank account. It’s a manifestation of hard work and consistent execution. With either award, authority and celebrity are bestowed upon the winners, giving them national or global recognition with their customers and peers. Understandably, not everyone can win, but it’s one of the best things that can happen to a restaurant or chef.

Here’s a brief look at the history of The James Beard Award and Michelin Star:

Entering to win a James Beard award is free and open to all. Therefore, there’s little downside in trying to establish your restaurant as one of the best. Here’s an article depicting a chef’s experience winning a James Beard Award and what it’s done for his restaurant.

Winning a Michelin Star is in a league of its own. “One of the highest honors in the restaurant industry is to be awarded a Michelin star.” As such, it’s easy to see why The Michelin Guide has long been the world’s authority on fine dining. Being awarded a single Michelin star can have a profound impact on a restaurant’s success.

Clearly, there’s a huge incentive to decorate your restaurant with these stars. So, let’s look at how to get one.

5 Areas of Assessment (according to the Michelin Guide Panel):

Michael Ellis, former International Director of the Michelin Guides, told Elite Traveler about this criteria. “Those criteria really reflect the quality of cuisine, because this methodology is the same whether we’re in Paris, Tokyo or New York,” Ellis said.

Emmanuel Nony, owner of the Michelin-recognized Sepia, adds an interesting perspective. He says you don’t have to be a traditional fine-dining restaurant to receive a Michelin Star. “A Michelin Star denotes the level of hospitality, not the particular genre or menu. It’s the way you feel when dining at the restaurant that counts,” Emmanuel says.

Putting yourself and your restaurant up for judgement is no doubt a challenge. But, the benefits of winning such prestigious awards, like The James Beard or a Michelin Star, are impossible to ignore.

To learn restaurant marketing tips and tricks to grow your restaurant and attract more local customers, visit our blog.