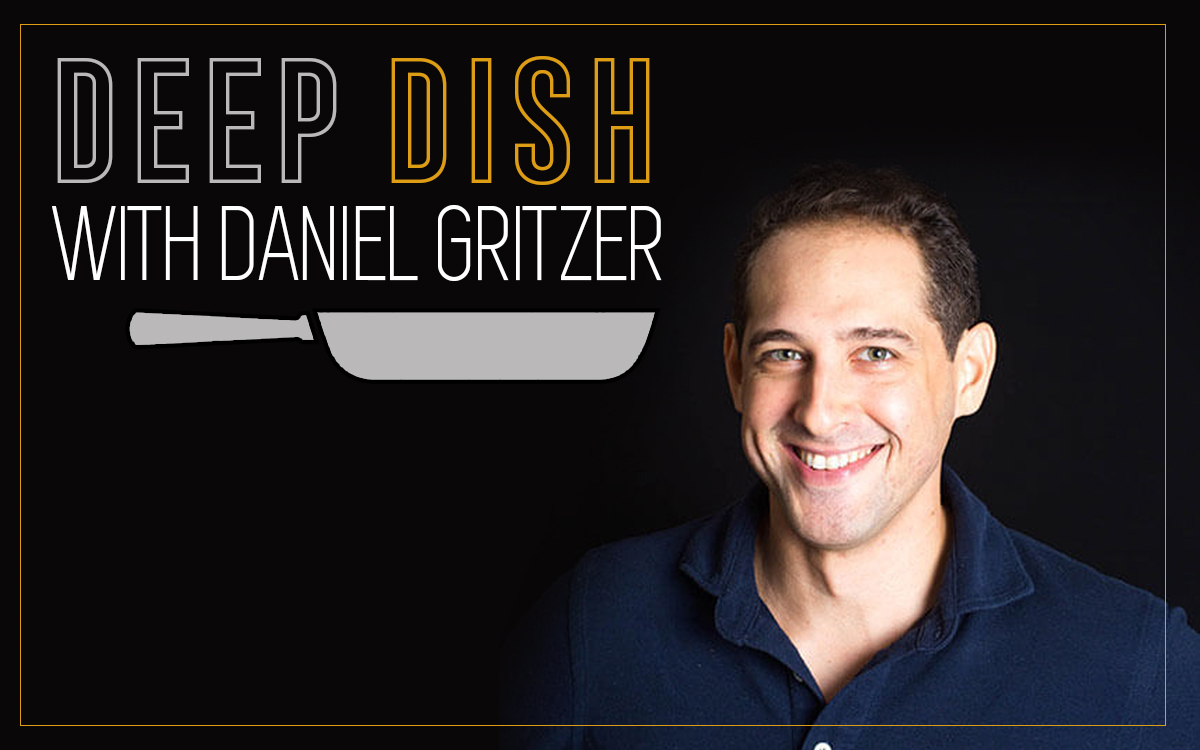 Our featured stories include restaurant industry leaders and influencers that will hopefully inspire you.

This featured post from our “Deep Dish” series is from Daniel Gritzer.

Daniel cooked for years in some of New York’s top American, Italian, and French restaurants—starting at the age of 13, when he began staging at the legendary restaurant Chanterelle.

He spent nearly a year working on organic farms in Europe, where he harvested almonds and Padrón peppers in Spain, shepherded a flock of more than 200 sheep in Italy, and made charcuterie in France. When not working on, thinking about, cooking, and eating food, he blows off steam (and calories) as an instructor of capoeira, the Afro-Brazilian martial art. 1. Tell us a little bit about your background and how you got to where you are today.

Food has always been an important part of my life. My mom sent me to school with tongue sandwiches in my brown paper bag lunch instead of PB&J (I got those too sometimes), and I was eating crabs, raw oysters, and all sorts of other fun stuff from very young. I was proudly a weirdo about it—in high school, I’d wake up on Saturday mornings, walk to the nearby farmers market, and buy one or two pounds of squid, then I’d take it home and cook it up for breakfast. Around that same time, I met David Waltuck, the chef of Chanterelle, one of New York City’s most famous fine-dining restaurants, and he offered to let me stage in the kitchen whenever I wanted. So, I used to go there from time to time on the weekend and spend the day working. After college, I flew to Italy and worked on a few different farms there for a year, herding sheep, harvesting fruits and vegetables, feeding pigs and cows, planting olive orchards and vineyards, helping to make wine. When I returned to New York City, I started working in restaurants full time (well, after a couple years in the nonprofit sector…it took me a while to decide I wanted to work in food as a career). I cooked at a handful of places in the city for about five years, Italian, French, American. I was working as a sous chef eventually, but I knew I didn’t want to own my own place or run my own restaurant, so that was when I shifted to food writing and media, first working at Time Our New York covering bars and restaurants, then at Food & Wine, where I was a food editor, and for the past four-plus years, as the culinary director at Serious Eats.

2. When it comes to food trends, what has been the most bizarre and the most exciting item that has hit the industry in recent years?

Bizarre? I don’t really know. Maybe all those mashups that were so popular a few years back. Everyone was trying to create the next Cronut. It got tired real fast. Truth is, I only have limited patience for food trends. I remember when people started declaring that donuts and fried chicken were the “it” foods about eight years ago. I was like, “When were donuts and fried chicken not the ‘it’ foods? Because, like, they’ve always ranked as ‘it’ foods to me.” It can be a lazy way of thinking about food, and in a lot of ways, I think it’s not how a true lover of food thinks about food; we’re always trying to learn more, taste more, experience more, but to just ride on whatever bandwagon is the hot one of the moment? No thanks. That said, some dishes do have surges in popularity, and it’s great when lesser-known ones get the attention they deserve. Recently, I think the celebration of crispy rice dishes like Persian Tahdig has been pretty cool, so it’s not all bad.

3. As a chef, what do you do to keep your skills fresh?

I think about this a lot. I’m lucky in my current job in that I develop recipes, and thus cook a lot. But I do it for a home-cooking audience, which is different than restaurant food. And now it’s been more than ten years since I’ve worked in restaurants, so in a lot of ways I can feel that particular edge fading. I still have that experience and insight, which helps me tremendously with what I do, but my habits aren’t as honed and meticulous as a restaurant cook’s at this point. I’m meticulous about certain things—how I develop recipes, how I research and test them, how I write them to maximize the chances of success for a person who follows them—but that’s a very different focus than just on really precise, fancy cooking. Sometimes I wish I could find the time to go stage in some of the top restaurants right now, just to keep myself a little more sharp on those fronts.

4. Who is your biggest inspiration as to how you got into the field of food?

This is hard to answer because there are so many people who have influenced me along the way. Ultimately, I think there were certain authors who wrote about food whose work I enjoyed so much, and their writing would make me wish I could do what they were doing. People like Maraget Visser, who doesn’t get enough praise, and Jeffrey Steingarten, and Clifford Wright, just to name a few. I had mentors in restaurants too, including the chefs I worked for (David Waltuck, Cesare Casella, Didier Virot, and more), as well as people I didn’t work for, but who really set such great examples, like Mark Ladner.

5. What’s your number one piece of advice to all restaurant owners?

This is hard to answer because, while I worked as a sous chef and have experience running kitchens when the executive chef was away, I’ve never run my own restaurant. So my perspective is limited from an operations point of view. Right now, I’d say it’s more important than ever to abandon the old ways of doing things—the yelling, the abuse of cooks and staff members, the breaking people down under the questionable belief that it’s all to build them back up again. Kitchens need to move on from the past and professionalize in terms of how people behave, from the top down. Build a new, better culture, teach by example. If you lapse and berate someone more than you should, maybe it’s an opportunity to apologize, to tell the staff you’re sorry and that it’s not how you think things should be handled; that you’re making an effort to do better. Create an environment that is supportive of everyone (while still expecting people to work hard, give their all, work as a team, and strive to improve every minute of every day). On the customer side, having served on occasion as a food critic, I would say to be very careful about how you treat all customers. It’s not uncommon that the person making the most ridiculous requests is actually there to write a review, or is scoping the place out for a story. Usually not, but man, you don’t want to be rude to someone who might lead to good press if only you’d granted an odd request. Plus, that’s just good service-industry practice anyway. Don’t sacrifice your own standards or do things that are unreasonable, but if you can accommodate a guest, do it, why not? And if you can’t? Be gracious, maybe offer something else instead. You never know who that person may be.

6. For fun – what is your absolute favorite meal?

Impossible to pick. I love too many different things.