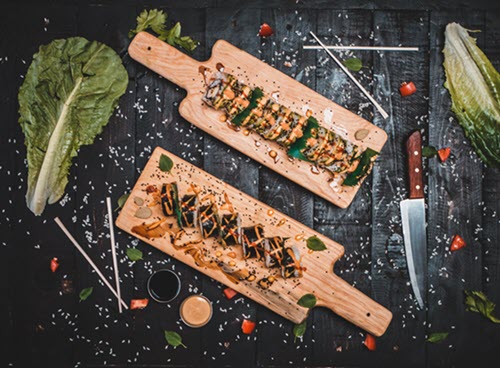 What Do Top Chefs Do For Fun?

This guest post about what Top Chefs Do For Fun is from freelance writer, Delicia Warren.

Whenever we think of top chefs, no doubt we envision them in their chef whites frantically barking orders and looking over the shoulders of their team to keep an eye on their cooking and prepping skills. Perfection is key when it comes to being a top chef, right?

But, what about outside the long hours? How do they occupy their time when they aren’t sweating away in a busy kitchen and serving endless reams of customers? Well, it turns out that top chefs have quite a range of different ways to occupy their time outside of work to have some fun. Here are a few…

The foul-mouthed English chef, well-known for his acerbic insults and tendency to shout, is actually quite a family-man outside of his work. He’s even featured in a few of his daughter’s TikTok videos! It should come as no surprise, though, that this workaholic chef enjoys a bit of aggression-releasing sports play outside of work. Not only is Ramsay a black belt in karate, but he also enjoys a spot of boxing. Ramsay has also been known to take part in charity soccer competitions due to his skill on the pitch! This also translates into his love of following the English Premier League, of which he has extensive knowledge.

Much-loved chef, Thomas Keller, has a bit of penchant for design. He enjoys taking a very hands-on approach to the planning and design of his restaurants. Additionally, he looks at architectural achievements and analyzes the way different lines and materials blend together, using the ideas in the planning of his own ventures.

Born in Seattle, Mario Batali is one of the most well-known chefs not just in the US, but around the world. It might surprise you to know that, at college, he studied Spanish Theater and Business Studies! Outside of work, Batali is a firm believer in the power of meditation to relax. Purportedly, he’s a huge supporter of the David Lynch Foundation and the practice of transcendental meditation. Oh, and he’s also an avid collector of Crocs, famously buying 200 pairs to ensure he never runs out!

Known for being cool, calm, and collected in his craft, Eric Ripert has built a name for himself through his restaurant empire due to his razor-sharp focus and devotion. In his spare time, the famous chef enjoys mixing work with pleasure, taking advantage of the casinos and elaborate stage shows available in places like as Las Vegas. However, he’s also a self-confessed family-man. He frequently enjoys spending quality time with his family when he’s not busy with work.

As the proprietor of San Diego’s first Michelin-starred restaurant, William Bradley is another avid soccer fan on this list! Not only was he once a competitive soccer player (he played in a men’s league in Tijuana as a teen!), but he goes as far to describe it as his ‘first love’. He admitted that prior to making it in the culinary world, he wanted to go far in the sport. William Bradley still enjoys following the sport, taking the opportunity to watch games whenever he can! Who knew?

So, there you have it – turns out these top chefs aren’t so different from the rest of us after all!

Freelance writer, Delicia Warren, is passionate about the environment and the impact humans are having on the world around us. She’s an advocate of holistic approaches to life’s issues, including alternative medicines, as well as having an interest in helping individuals make small changes to their lifestyles to minimize their carbon footprint.